1962, The Cold War. After America’s failure to overthrow Fidel Castro at the Bay of Pigs, the USSR strikes a deal with Cuba. Castro agrees to host Soviet nuclear missiles in exchange for protection against further U.S. attack. In April, the Soviets begin a massive buildup of supplies and men across the Atlantic.

Tensions build as two Soviet ships approach the Quarantine Line and escalates further when the Americans discover the presence of Soviet submarines on October 23rd.   Afraid that the submarines may sink U.S. Navy vessels, Secretary of Defense Robert McNamara plans to force the submarines to the surface with “practice depth charges” so they can be searched. U.S. Hunter Killer groups are ordered to locate the subs, however, the Americans are unaware of a critical piece of information: each sub carries a nuclear torpedo.

October 27. The Soviet merchant ships turn back, ending the public’s version of the Cuban Missile Crisis. Meanwhile, American Hunter Killer Group, led by USS Randolph, locates Soviet submarine, B-59. They drop practice depth charges as per McNamara’s plan. Aboard B-59, Captain, Valentin Savitsky is unaware the depth charges are not lethal and assumes that World War III has broken out. He orders his crew to prepare the ten-kiloton nuclear torpedo.

B-59’s protocol dictates that to fire a nuke, the Captain, his Second in Command and the submarine’s Political Officer must all agree. Savitsky and the Political Officer agree to fire. Only Vasili Archipov, the Second in Command, stands in their way. A veteran of K-19 – a Russian nuclear submarine that suffered a horrific meltdown– Archipov is the only one with firsthand experience of nuclear disaster. His calm presence de-escalates the situation aboard B-59. B-59 is surfaced, but does not trigger a military response from either side. It would take decades for the Americans to learn how close they came to nuclear war. 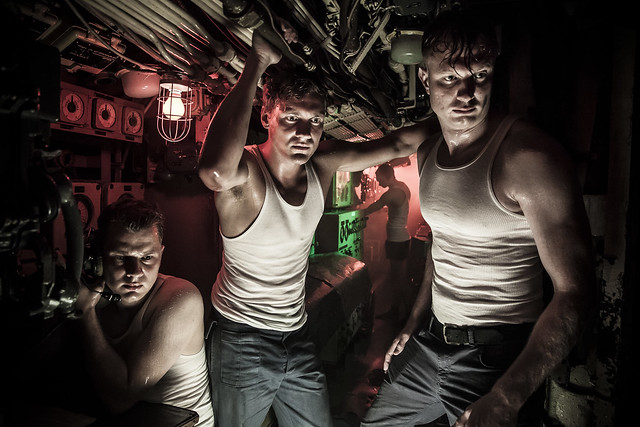