November 1943 – January 1944. German U-515 under command of Werner Henke, defies the odds, escapes Allied depth charges and aircraft to sink ships and return to port. At a time when becoming a U-boat Ace was nearly impossible, Henke thrives and sinks Allied ships when many others do not survive their first patrol.

March 1944. U-515 under Henke, departs from Lorient, France bound for the African Gold Coast to target Allied shipping. That same day, USS Guadalcanal, part of the US Navy’s new Hunter-Killer Task Force 21.12, sets sail from Casablanca, about 1,000 miles south.

Gallery’s first night-flight experiment results in the first point of contact between U-515 and USS Guadalcanal. Signifying the start to a game of naval cat and mouse.

April 9th, 1944. Easter Sunday. Although Henke knows he is being stalked, U-515’s batteries are running out of power so he surfaces. Almost immediately an Avenger is on top of them dropping depth bombs. U-515 crash dives to escape the attack.

Wanting to catch and kill his prey, Gallery orders destroyer escorts USS Pillsbury and USS Flaherty to engage the enemy with a new weapon called “The Hedgehog.” Pillsbury launches two Hedgehog attacks forcing the U-boat to a depth of 720 feet, about 120 feet below maximum diving depth. In a desperate attempt to divert their destroyer hunters, Henke uses the Bold – decoy bubbles – and it works, but not for long.

An unrelenting Gallery calls in two additional destroyer escorts to assist: USS Chatelain and USS Pope. Pope’s sonar locates U-515 and launches the first of two Hedgehog attacks, both miss. Plan B: Pope deploys a continuous pattern of depth charges, and these hit. Despite all efforts to regain control of the sinking U-boat, Henke gives orders to abandon ship.

In exchange for assistance with intelligence investigations, which he later recants, Henke is to be transferred to a POW camp in Canada. Although Henke miraculously survives at sea, he is shot and killed on land while trying to escape Fort Hunt, an POW interrogation center. 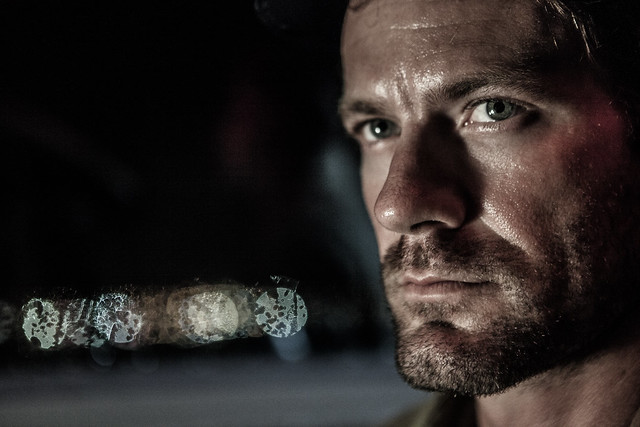