Feb 1941, North Africa. Hitler sends German General Erwin Rommel and the Deutsches Afrika Korps to shore up Axis forces with a plan to take Egypt. If he succeeds, control of North Africa and the Suez Canal cut off the British Empire’s vital supplies from the Crown colony of India and oil reserves in the Middle East. To do so, Rommel must shorten his supply lines. On April 10th Rommel surrounds the British controlled port city of Tobruk,150 km from Egypt.

The Allies’ only hope to hold North Africa lay with forces located on a tiny island, directly on the shipping routes between Italy and North Africa: Malta.

May 24, 1941. HMS Upholder commanded by Lt. Commander Malcolm Wanklyn is determined to disrupt Italian shipping destined for Rommel’s armies in North Africa. Against all odds, he sinks the Conte Rosso, an Italian troop liner carrying 3000 men and supplies for which he is awarded the Victoria Cross.

Despite rough conditions at sea, a broken gyrocompass and poor communications with the other submarines, Wanklyn locates the Italian convoy and fires his torpedoes from 6 km away. Two explosions ensue sinking Neptunia and crippling Oceania. Upholder dives to reload and plan his next attack.

Unbeknownst to Upholder, HMS Unbeaten is also lining up Oceania for an attack, but from the opposite side, creating a dangerous ‘blue on blue’ scenario. Wanklyn fires first in the direction of the enemy ship and towards Unbeaten. Both of Wanklyn’s torpedoes hit the 20,000 tonne Oceania before Unbeaten’s commander, Lieutenant Woodward has a chance to fire. 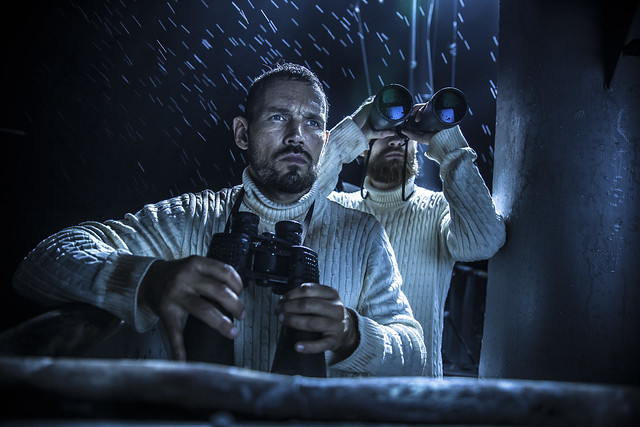