January 1943. More than a year after Pearl Harbor cripples America’s surface fleet, its submarine force struggles to gain an edge in the South Pacific. Making up less than two per cent of the Navy, underwater warriors are America’s best hope against Japan. Their small fleet of submarines acts as lone fighters. The mission is to sink the merchant ships Japan depends on to fuel its war machine. America’s Gato class submarine packs 24 torpedoes and is larger and more technologically advanced than its contemporaries. But early U.S. submarine skippers prove timid in wartime, failing to net the sinkings desperately needed to win the war.

Commander Dudley “Mush” Morton sets out to turn the tide. As a highly aggressive wrestler at the Naval Academy he had a thirst for defeating the enemy. He is now on his first war patrol aboard USS Wahoo, with his skills at the helm untested. He and his first officer Richard Hetherington O’Kane slink into the harbor of a vital Japanese supply base, risking shallow confined waters in hope of finding enemy goods to sink. Instead they come face to face with a destroyer, a ship with the payload to kill submarines. Morton’s brash new tactics prove effective against the warship but not before it exacts a potentially deadly revenge, dropping underwater bombs at the submarine.

Escaping the harbor, Morton’s crew heads north toward Palau in search of merchant hulls to sink. But instead of finding one ship he finds himself up against a Japanese convoy. The new skipper decides to take on all the ships. If he succeeds, he will be the first American submarine commander to claim such a prize. As Morton strategizes each attack, Gato class technology and submarine warfare strategy are tested through battle. One of Morton’s victims is a Japanese transport ship. The Commander orders his crew to shoot up Japanese troops who survived the sinking, but history reveals a detail that proves to haunt Wahoo’s legacy.

Running low on Mark 14 torpedoes, Morton risks surface pursuit of the freighter from the convoy into the night. The Japanese have almost certainly been alerted to the sinkings. Every second Wahoo pursues the ship, the crew risks the arrival of Japanese destroyers: a fight they would face low on warheads. The tenacious captain sticks with the merchant ship until the end, sinking it as a Destroyer shows up to give chase. Morton survives his first patrol, and into history as one of United States’ greatest submarine commanders. 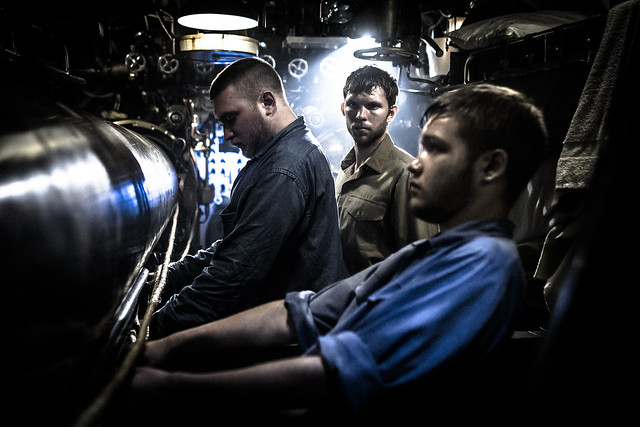