December 1941. Hoping to capitalize on the chaos after Pearl Harbor, the German Commander of U-boats, Karl Dönitz orders five submarines to travel 3,000 miles to launch a surprise attack directly against Atlantic coastal shipping. Called “Paukenschlag” or Operation Drumbeat, the most ambitious mission is assigned Kapitanleutnant Reinhard Hardegen who commands U-123. He is attack the heart of American shipping in New York Harbor. A former pilot, a plane crash has left him anxious to make his mark as permanent injuries threaten to also cut short his U-boat career.

After arriving early of the coast near Nova Scotia, Canada, Hardegen spots a target: a steamer laden with nearly 10,000 tons of what is probably Allied war materials. Two full days ahead of the scheduled surprise attack, he risks blowing their cover and mounts an assault, ultimately sinking SS Cyclops and killing 87 of her passengers and crew. Hardegen expects a heavy reprisal from Allied defenses but slips in to American waters unchallenged.

In January of 1942, the U.S. Navy has begun to build ships at a furious pace but none are ready yet. Much of the fleet left after Pearl Harbor is committed in the Pacific or escorting troops to Europe. Even with clear intelligence about the arrival of the U-boats, the navy is unable to respond. When the sinkings raise no response, Hardegen is emboldened. The unwary ships that ply the coastal waters of the Atlantic are in serious danger.

Over the next two weeks Hardegen also sinks ships off of Montauk Point, Long Island and Cape Hatteras, North Carolina, where he attacks a small convoy off the coast, sinking two freighters. Now out of torpedoes, Hardegen finally encounters some resistance. A Norwegian whaling captain tracks the U-123 with the intention of ramming it. The waters are too shallow for Hardegen to dive and he is forced to out-run the vessel with one of the submarine’s engines down. With the whaler only 75 meters away, the damaged engine is coaxed back to life and carries Hardegen, and his crew, safely back to Germany.

Hardegen leaves his first Drumbeat mission with eight successful sinkings. He receives the coveted Knights Cross and is re-assigned to patrol the eastern seaboard again, in March. During the Second World War, he sinks a total of twenty-two Allied vessels, making him one of the war’s most successful submariner commanders of the war.

Operation Drumbeat and the U-Boats that follow prove devastating to Allied Merchant shipping. Experts estimate that more tonnage was lost in the western Atlantic in six short months than nearly all of the other oceans in the rest of the war combined. 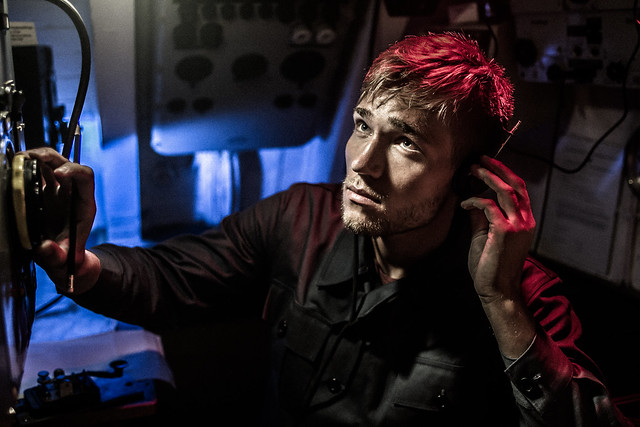