June, 1944. Six allied commandos spying on Japan’s merchant ships fall under threat when their covert operation is discovered by the enemy. The U.S. Navy assigns USS Harder and commander Sam Dealey to brave Japanese-occupied waters in a daring attempt to rescue the operatives from the hostile jungles of northern Borneo.

One of a handful of American captains credited with sinking a Japanese destroyer, Dealey has built a reputation for being an aggressive skipper. But to survive this mission Harder’s captain and crew must use cunning and stealth. With just 24 torpedoes, the submarine deploys from Australia in a bid to save the operatives via a course that plots through waters guarded by one of Japan’s key naval bases.

Before the rescue can even begin, Dealey faces a convoy guarded by two Japanese destroyers. Harder manages to sink the first warship, but the second drives the submarine down. Chaos meets Dealey at the ocean depths as a rookie crew member fails to correct the submarine at crush depth and a hot run torpedo threatens to detonate inside Harder’s hull. The crew rallies to beat the challenges only to find themselves exposed on the shores of Borneo as the clock ticks down to save the operatives they’ve been tasked with extracting.

Dealey succeeds in rescuing the commandos but must now execute orders to creep near the Japanese naval base where the crew barely escaped an attack just days ago to gather crucial intelligence about the movement of Japan’s fleet. The submarine survives an aerial attack only to come up against a warship convoy. The convoy’s movements reveal critical information about the enemy’s naval plans but before Dealey can get to safe waters to report the news, the powerful warships attack. The offensive pits a single submarine against an arsenal of escorts and puts Dealey’s strength and ingenuity to the ultimate test. 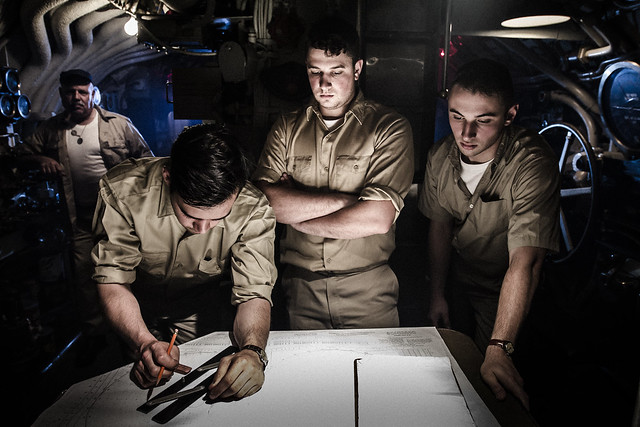