July 1940. In the North Atlantic a British escort pins down one of Germany’s top U-boat captains. Otto Kretschmer and his crew face a barrage of underwater bombs that test their spirits and their submarine. U-99 endures 127 depth charges, depleting its oxygen supply and draining its batteries. As the submarine’s power fades Kretschmer gambles on evasive action to make an escape.

At U-boat command, Hitler’s mastermind of submarines Karl Donitz pivots his attack strategy on the heels of Germany’s invasion of France. In October 1940 he deploys Kretschmer and fellow ace Joachim Schepke with a group of U-boats in a deadly new tactic. In a daring move, Kretschmer penetrates the defensive ring around an Allied convoy the commanders plot to ambush. He sinks seven ships and rises above his fellow captains as the top ace in Germany’s first successful Wolfpack attack.

In Britain war strategists reel from the losses inflicted by Kretschmer and his fellow U-boat commanders. The Navy reassigns vessels that guard the British coast to the Atlantic in a bid to bolster their defenses against Germany’s submarines. The Allies also begin to rig escort ships with unidirectional radar, a promising new technology that has showed promise detecting enemy aircraft.

In March 1941, Kreschmer and Schepke come up against British naval captain Donald MacIntyre, who commands a newly organized escort group in the Atlantic. With new technology and training MacIntyre’s men spark an unforgettable standoff against two of Hitler’s greatest U-boat aces, which will change the course of the war in the Atlantic. 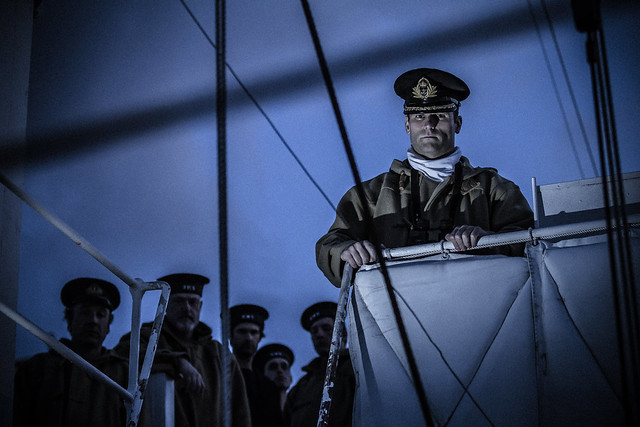