But short two ships, he’s not prepared for what lies ahead and the Nazi naval intelligence knows is coming.

Commander Karl Donitz, mastermind of the U-boat war, plans to defeat Britain by cutting allied shipping lines from North America. His U-boats dominate an area of the mid-Atlantic called the Air Gap, where Allied aircraft cannot protect the convoys. Donitz orders three ‘Wolfpacks’ – more than forty U-boats – to close in, but it is an unlucky Allied cigarette that discloses the precise location of Convoy HX.229.

As the convoy enters the Air Gap, U-boats gather, waiting for the cover of night to attack. The British Admiralty reveals the presence of the U-boats, but cannot provide any assistance. Luther must fight his way through.

Over the next three days Luther faces the battle of his naval career. U-boat commanders boldly surface amid the convoy, firing salvos of pattern running torpedoes into the columns of ships, wreaking havoc on the convoy and their escorts. As they bash through stormy Atlantic seas, U-boats sink one merchant ship after another. Shorthanded, Luther is faced with the dilemma of whether to protect the convoy or have his escort fall back to rescue the survivors of torpedoed ships. As the convoy limps toward the distant safety of air cover once again, he choses to rescue survivors.

From U-boat command onshore, Donitz applauds the loss of shipping tonnage. He knows he has Britain on her knees. But the Allies have an advantage he doesn’t know about – surface radar. While long able to detect U-boats beneath the surface with ASDIC, a technological breakthrough leads to surface detection. Suddenly the hunter becomes the hunted. U-boat skippers crash dive, only to be targeted with depth charges and the once safe deep, quickly becomes a dark grave.

It’s the largest convoy battle of the Second World War, involving forty U-boats and nearly one hundred Allied ships. Escort commanders and U-boat captains alike confront the battle of their lives on the stormy winter seas. The U-boats have unprecedented success and nearly costs the Allies the Battle of the Atlantic. 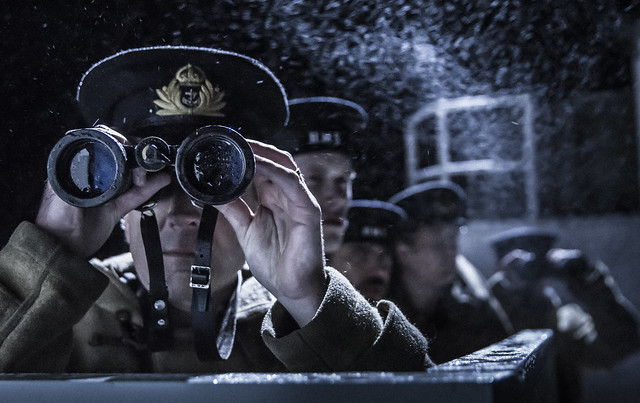